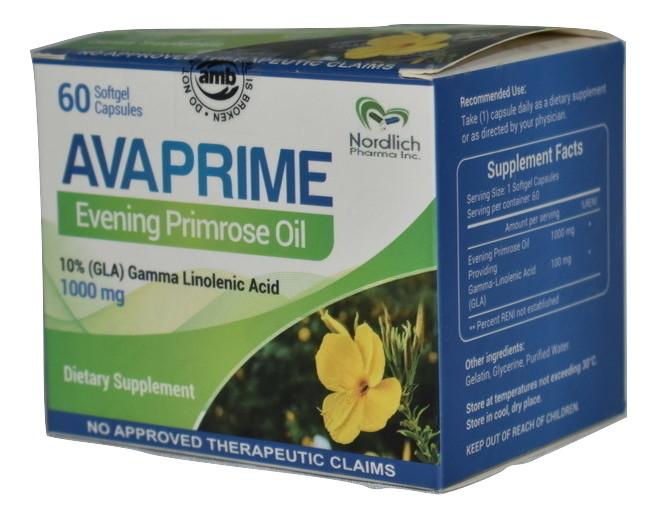 The evening primrose is a leafy wildflower with eye-catching flowers. It is mostly known for the oil extracted from its seeds that are used for medicinal applications. It is being used in treating skin disorders like eczema; rheumatoid arthritis;diabetic neuropathy, mastalgia, high blood pressure; high cholesterol, asthma, and many more.

What’s in the name

Evening primrose is named such because its fascinating yellow flowers only bloom late during the day. They, however, stay open until around mid-morning the next day.

The plant’s scientific name is Oenothera biennis L. It belongs to the family Onagraceae of genus Oenothera. The genus term Oenothera was coined by Theophrastus, a student of Aristotle and a botanist. It comes from two Greek words oinos, meaning “wine” and thera, meaning “to imbibe” or drink. He gave this name to an unidentified plant, whose roots, when consumed, were thought to create a craving for wine or put off the effects or wine, as others say.

The species biennis, suggests the biennial nature of the plant. The “L” is for the author name of the plant classification, Carl Linnaeus, a Swedish botanist during the 18th century.

The common names of evening primrose include the following:

Evening primrose are biennial plants that grow between 1 to 6 ft in height. Being biennial, it means that they complete their life cycle in two growing seasons. During the first season, they only grow leafy stalks. In the plant’s second year of life, you can now see flowers and seeds growing .

Stems: The stems of the evening primrose do not grow until the second year. They are green and hairy with some reddish or purple tones. They usually grow upright and sometimes unbranched.

Flowers: The plant produces bright yellow flowers during its second year usually from late spring until late summer. While it produces several flowers, each flower can last only upto two days the most. Its bright flowers have a mild scent of a lemon. They attract hummingbirds because of its nectar. Pollinators for the evening primrose include butterflies, bees, and moths.

Leaves: During the first year of the plant, you will see elliptic to lanceolate-shaped leaves that are about 5-20cm long and about 1-2.5cm wide. They have wavy edges with white mid-vein. They are shiny and their tips sometimes have red tinges. During the second year, the stems start to develop with leaves growing alternately. The leaves also become smaller as the plant grows taller.

Seeds: The seeds of the evening primrose can be found inside vertical capsules or pods at the top of each plant. Each plant has many seed pods. The popular evening primrose oil are obtained by extracting these seeds.

The evening primrose grows from branching stems and reproduce through its seeds. It loves to be in full sun and in well-drained, average moisture soil. It can flourish and adapt in fields, roadsides, woodlands, drier banks, dry open soils, abandoned spots, and in other sunny locations.

The plant can somewhat tolerate drought, needing only supplemental watering. It can also tolerate high acidity levels. Poor soil is fine, but evening primrose can flourish better in soil treated with organic matter.

Propagation of the plant may be done by planting its seeds or its tip cuttings. You may sow the seeds during fall or take tip cuttings during spring. If you wish to plant its seeds and you do not have any existing plant, you can also find them in garden centers.

Evening primrose is native to North America, particularly in the US (Missouri, Nebraska, Kansas, Oklahoma, Texas, and Mexico) and Canada. It was later introduced and adapted in South America, Europe, Great Britain, Russia, Eastern Asia, Australia, and other Pacific Islands like New Zealand.

The evening primrose offers many benefits not only to us humans, but also to the rest of the ecosystem. It is beneficial not only as treatment to certain medical conditions, but also as food.

Here are some of the known benefits of evening primrose:

Small mammals eat the leaves and roots of young evening primrose. Birds eat the seeds, while moths and hummingbirds love to sip on their nectar. Older plants are also grazed by the deer.

The plant is used as a decorative and ornamental plant for different landscapes. Its bright yellow flowers are attractive to humans, animals, and insects alike. If you have them in your garden, expect to see hummingbirds and butterflies around.

The young seed pods can be steamed or sauteed. It contains gamma-linolenic acid, which is an omega-6 essential fatty acid with many important health benefits. The flowers can also be mixed in salads. The roots, during its first year are sweet and fleshy when boiled like potatoes. The young shoots can be eaten raw or cooked as greens.

Before being used commercially, the medicinal uses of the whole evening primrose plant can be traced with the Native American Indians.

As the evening primrose was later introduced in Europe during the 1600s, it was also used as a treatment for various conditions, which until now are being observed and studied. These include the following:

The evening primrose oil (EPO) that is extracted from the seeds of the evening primrose plant contains the fatty acids gamma-linolenic acid (GLA) and linoleic acid. The GLA is an omega-6 fatty acid that is usually sold as a dietary supplement. The linoleic acid is another omega-6 fatty acid that is being used in cooking oils, as well as processed foods. This is then converted to GLA when absorbed by the body.

Both the GLA and linoleic acid are vital elements of myelin, which is the protective covering around nerve fibers and the neuronal cell membrane.

The evening primrose oil, being rich in GLA and linoleic acid, is being continually studied and tested for the following possible benefits.

Researches have shown the evening primrose oil (EPO) to have a hypocholesterolemic effect. This means having low cholesterol levels in the blood. More studies need to be conducted, though, as to the dosage, administration, and interactions with other drugs on EPO on patients with high cholesterol levels.

The essential fatty acids in evening primrose oil have been observed to help regulate blood pressure and help prevent blood clots. This will then help minimize the risk of obtaining heart diseases. As previously mentioned, EPO also has a hypocholesterolemic effect, thus reducing the risk of heart problems caused by high cholesterol levels in the blood.

Eczema is another inflammatory condition that occurs on our skin, which may be alleviated by the essential fatty acids present in the evening primrose oil.

Mastalgia or breast pain/tenderness has been observed to be soothed by EPO. More studies, however, are needed to back this claim.

Some studies have shown that EPO may help prevent neuropathy or nerve damage, which is a common complication in diabetic patients. It was found that a year of treatment with GLA, which is present in evening primrose oil, reduced numbness and tingling in patients better than placebo.

Older patients with osteoporosis who taking evening primrose oil with fish oil and calcium were seen to have decreased bone loss and increased bone density. More studies are however needed to see whether EPO can help increase bone density by itself or will work best with other supplements.

Long-term drinking depletes the body of prostaglandin E1 (PGE1), which may cause depression and alcohol craving. It has been theorized that EPO may reduce alcohol craving by increasing the body’s PGE1. In our body, the PGE1 is made from gamma-linoleic acid, which is found in evening primrose oil.

Unlike medicines, the FDA does not monitor food supplements. It is important that you should give care when taking evening primrose oil (EPO) as a food supplement. It is best to consult your doctor before taking it.

You can possibly be allergic to EPO or any of its forms. Be sure to give it a try before continuing its use to minimize the possible allergic effects of EPO.

Evening primrose oil has a blood thinning effect. You could have a higher risk of bleeding if you take EPO with blood thinners or anticoagulants, such as warfarin and aspirin. If you are taking these medicines, it is advisable not to use the oil.

If you are taking medication to lower blood pressure, you need to be careful in taking EPO. Evening primrose oil can further cause a drop in blood pressure that may result to hypotension.

Other possible side effects

Evening primrose oil is usually safe for many people. However, some people experience the following side effects:

Since more studies need to be done to back the benefits and verify complications of the evening primrose oil, caution should be heeded by pregnant women, children, the elderly, and those with medical conditions who are planning to take EPO.